I began with a box of Foamcore scraps from the Sue Williamson’s studio up the passage. Working with a cutting knife and hot glue, I soon developed a series of small, latticed structures, made from diamond-shaped sections of the material. The nature of these seemed to lend them to sand-casting in metal, and the constraints of that process bore further influence on the objects I went on to produce. A selection was cast in bronze, and one was enlarged to be produced in cast-iron.

While these non-representational objects owe much of their appearance to the process of their production, each plays with conventions of depicting three dimensions in two-dimensional space. Such illusionism holds the eye and is both an ideal entry point and perfect resting place. 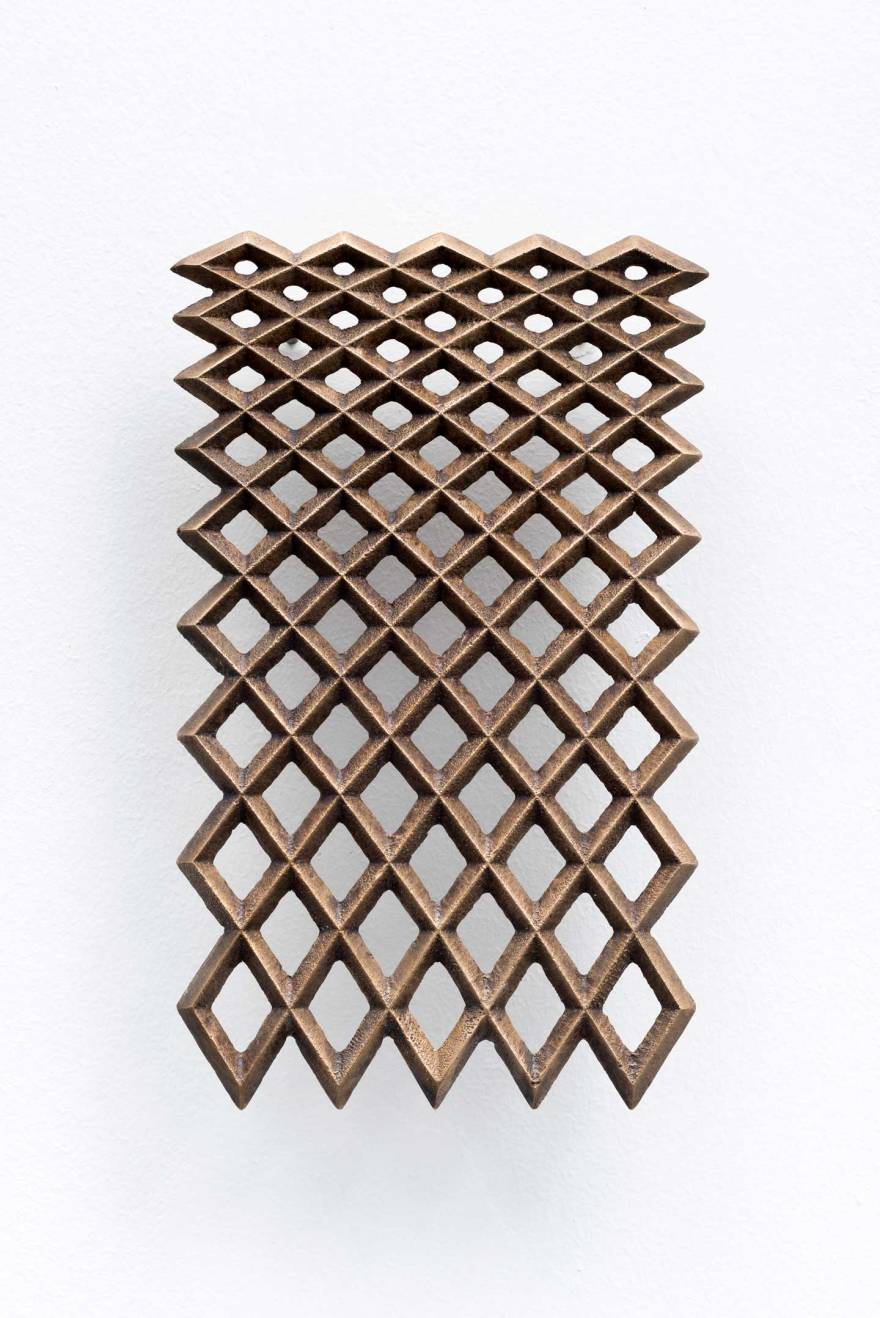 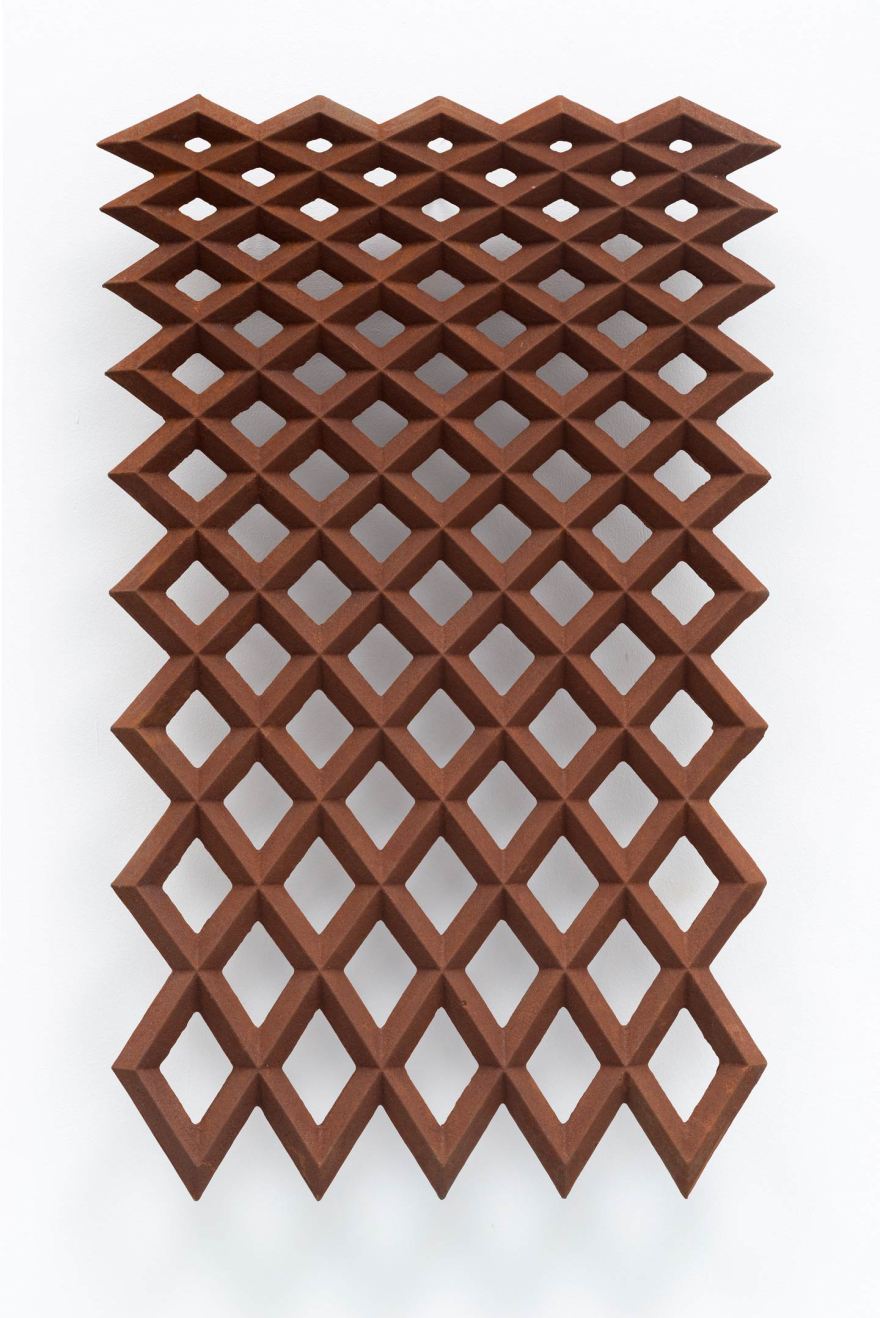 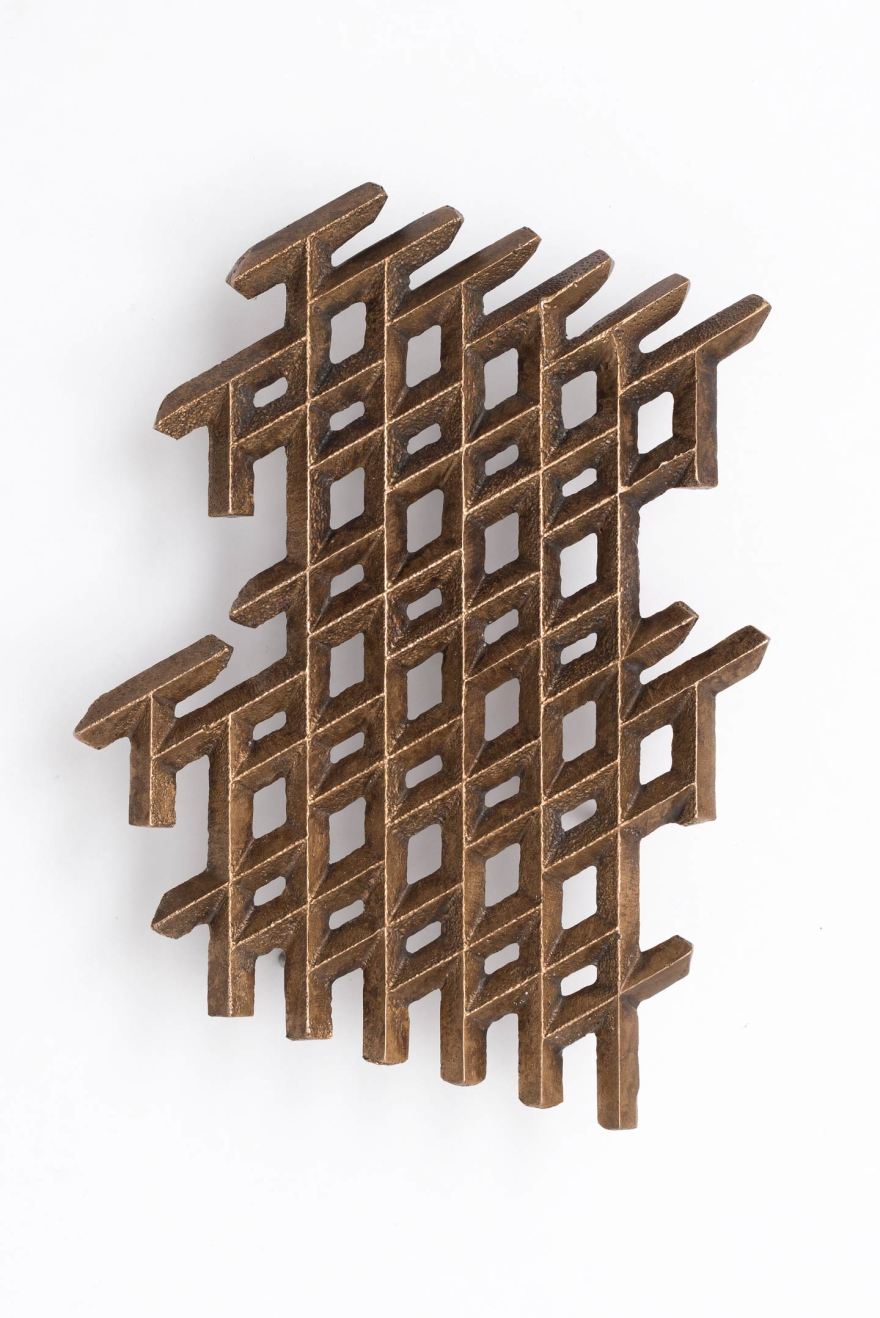 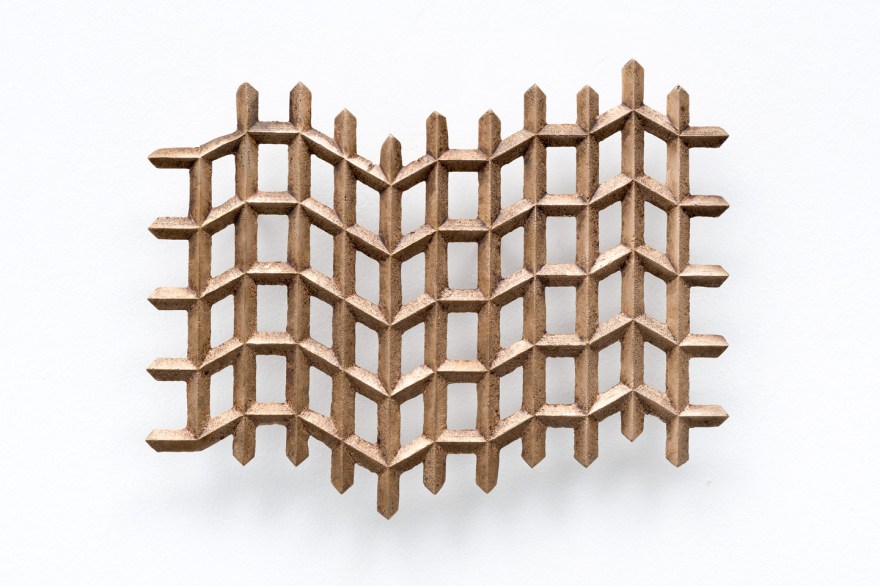 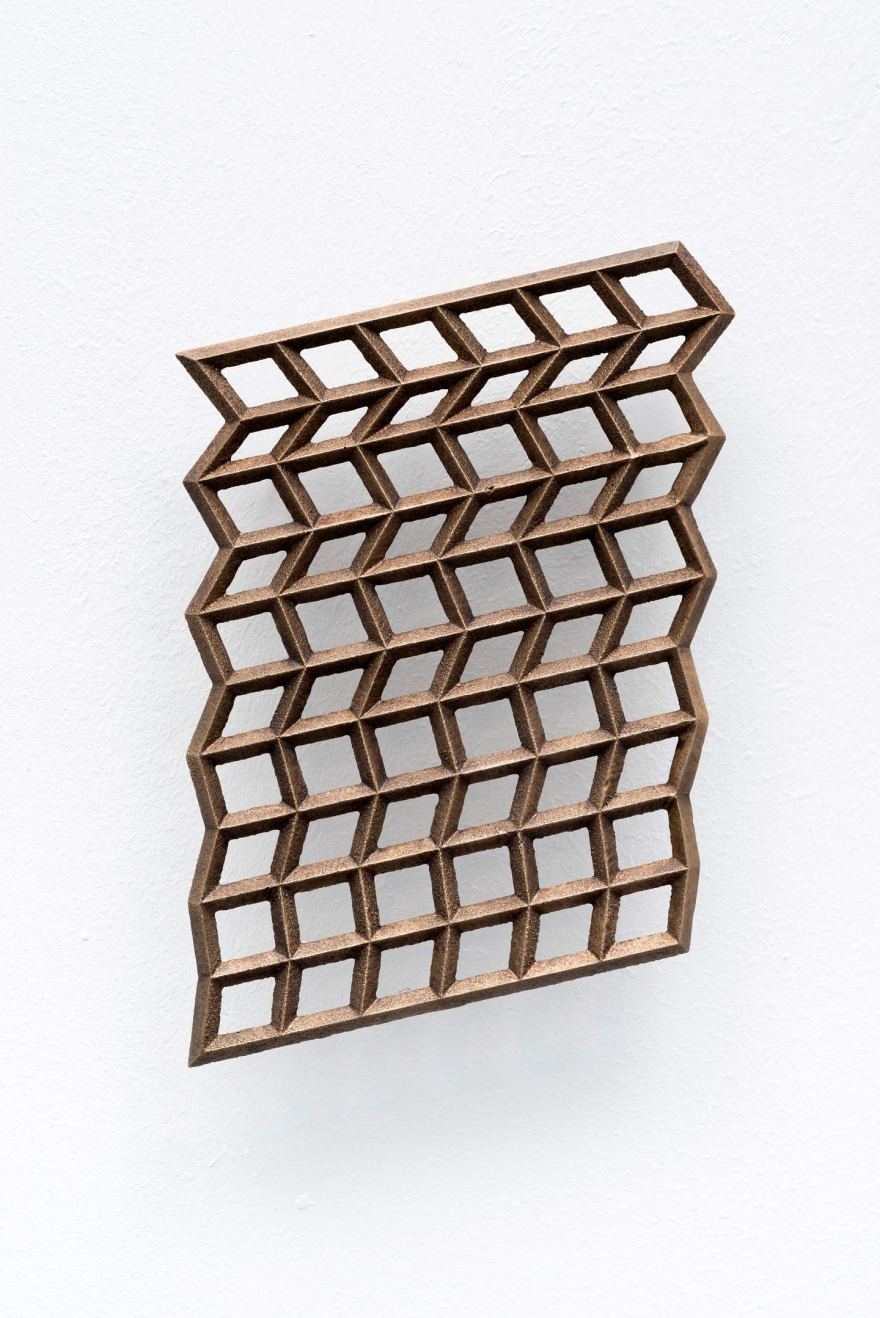 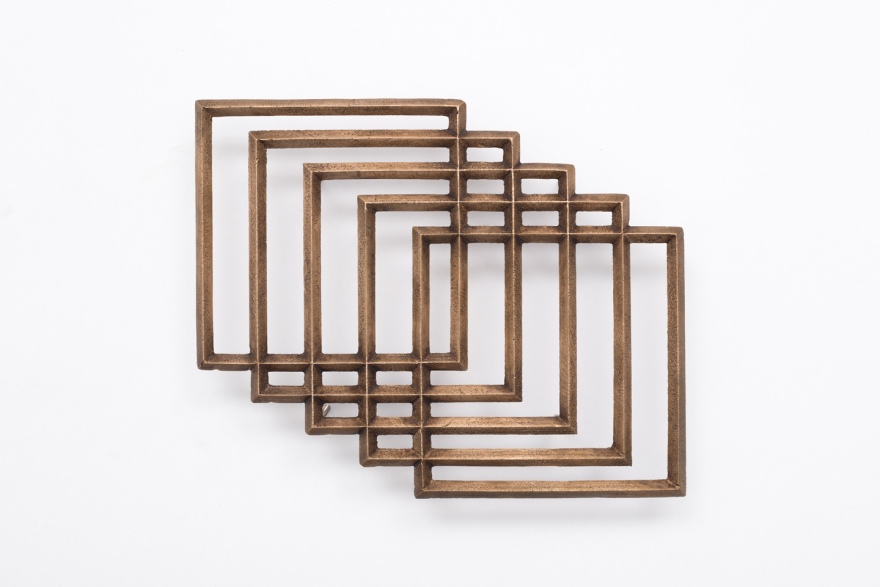